In alphatag a great attention is payed to the player’s individual equipment. The new Bluetooth module supports communication with 7 additional game sets. Experience the game without limits: vests, headbands, engineer’s case, first-aid kit, grenade, even a mobile phone – everything works seamlessly without delays or breaks. 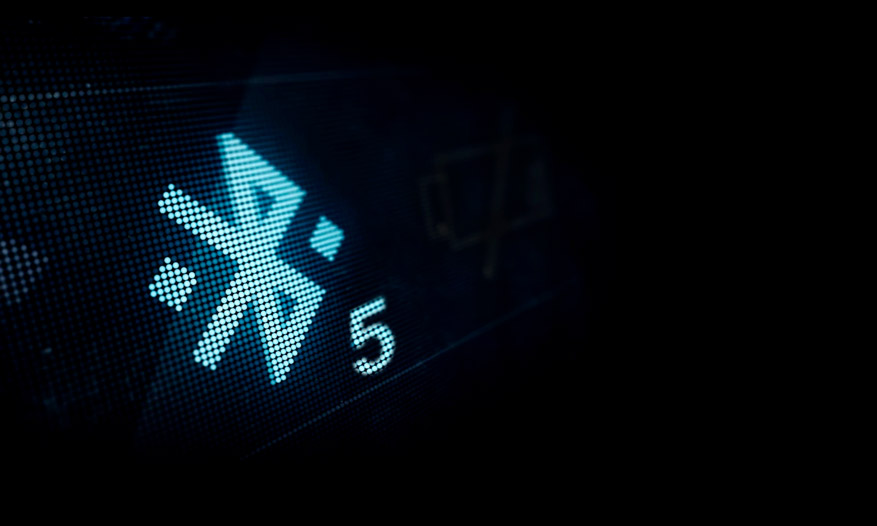 In laser tag, when there are many players, your headband can be connected to someone else’s game set. Alfa tag is based on the Easy Start principle. All you have to do is bring the headband to the rifle and the laser tag game set is ready for play. There is no need to mark equipment, software pairing is not required. Turn on, connect and rush into the battle. 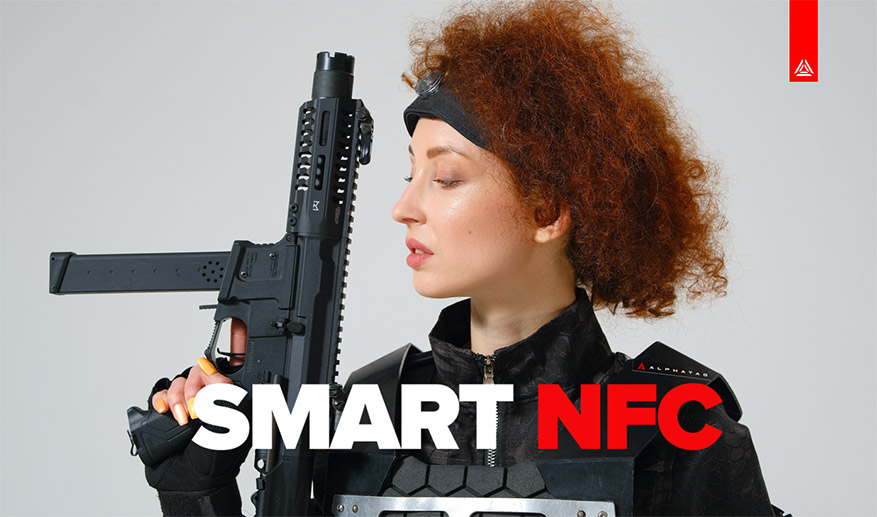 During the game any action you take is recorded by electronics. All hits, misses, “kills” are transmitted to the server by the Wi-Fi module in real time. All statistics are collected in the headband. This is why you can create NPC characters in alphatag that do not require a rifle game set. You are not limited by the weapon. The limitless customisation of scenarios is preserved. 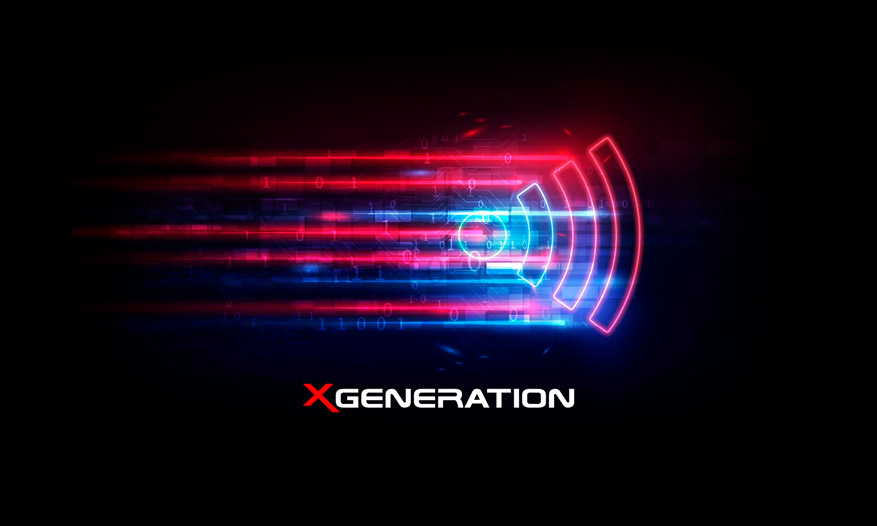 120 sound effects are recorded in a professional studio. We have created a multi-stage alert system indicating all game events. The player has an unmistakable understanding of when he runs out of ammo, when he is hit or it is necessary to recharge the game set. Pure tech. 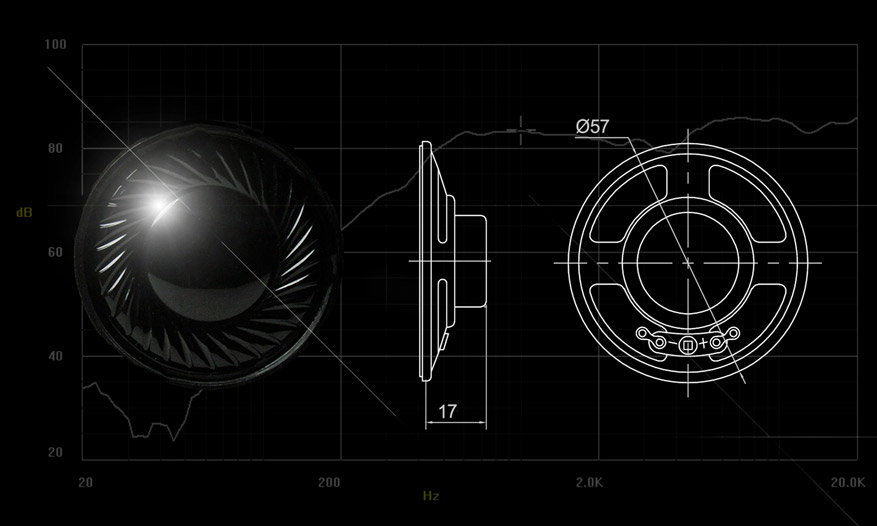 New. Professional. Parallax optical system. During the game you take aim at opponents. Using a new emitter and a special lens, we minimised ricochets and increased the range 2.5 times without compromising quality. In Alpha tag an honest principle rules: the winner is always the best shooter.

Lithium batteries with huge capacity are installed in Alpha tag game sets. We do not just declare – we guarantee uninterrupted operation for 36 hours. Big scenarios, long fights, tactical tournaments – Alpha tag is in control of everything. 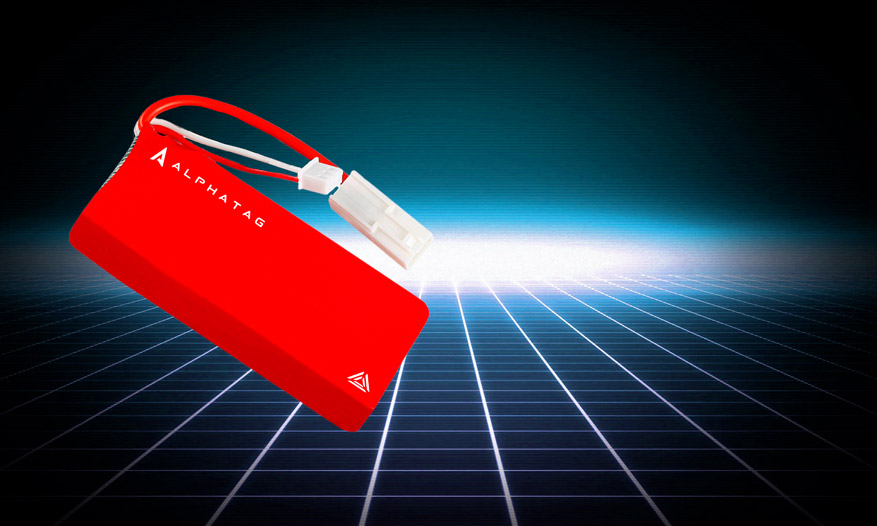 We have revised the shape of the headbands and the convenience of wearing them in the game. Alfatag uses the anatomical shape of the head sensors, in which there is no pressure on the ears. Due to this, the bandage is not felt on the head even after hours of play. 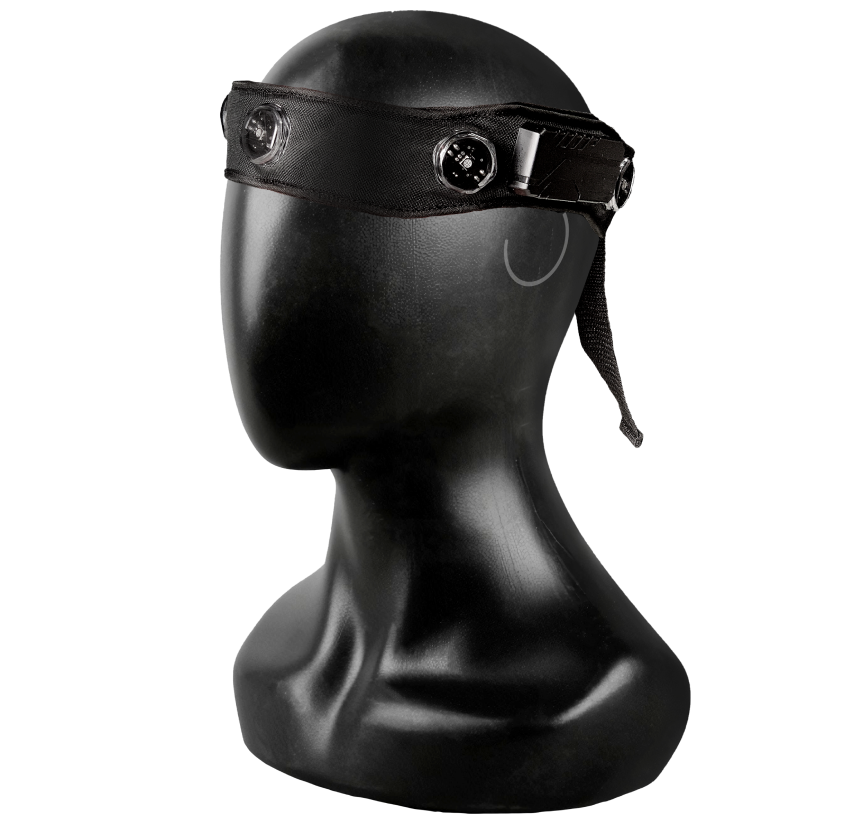 Dressing sensors have become more technologically advanced. We made the sensors smaller in height, and in aesthetics we came to hexagonal shapes. Branded engraving on each hexagon will not confuse the Alpha bandage with any other device for fixing the IR beam. 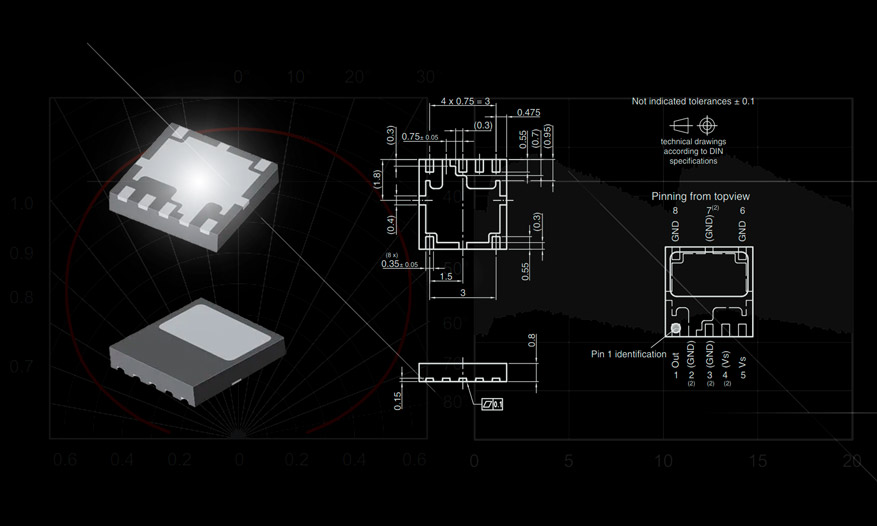 One on each side of the bandage. Perfect balance and weight distribution. One of the blocks houses an OLED display. We listened to the requests of the players and made a special tool for the initial setup of the kit. Charge level, communication with other kits, player status indication, firmware update – now all the information is on the OLED display.

In each defeat sensor, we have marked a super-bright LED and a vibration motor. When hit, only those sensors that have received the IR pulse will vibrate. The player will always understand from which side a shot was fired at him, and will be able to quickly respond to a hit. 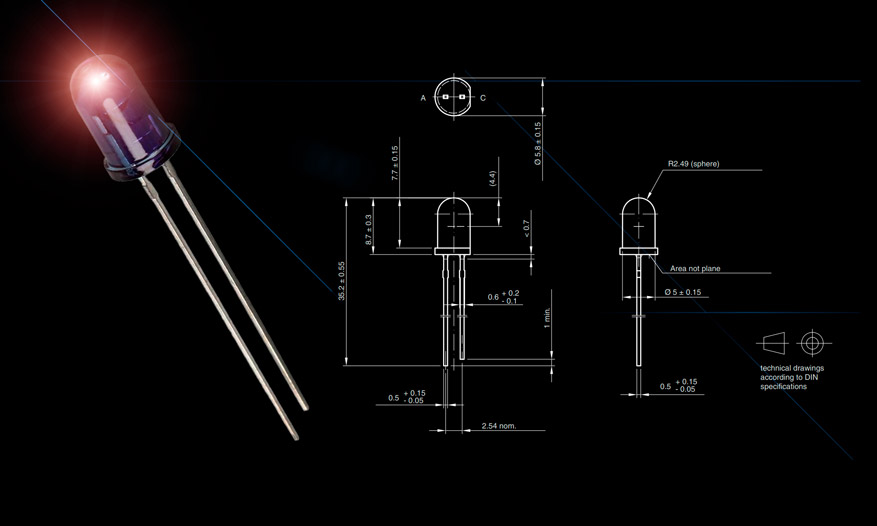 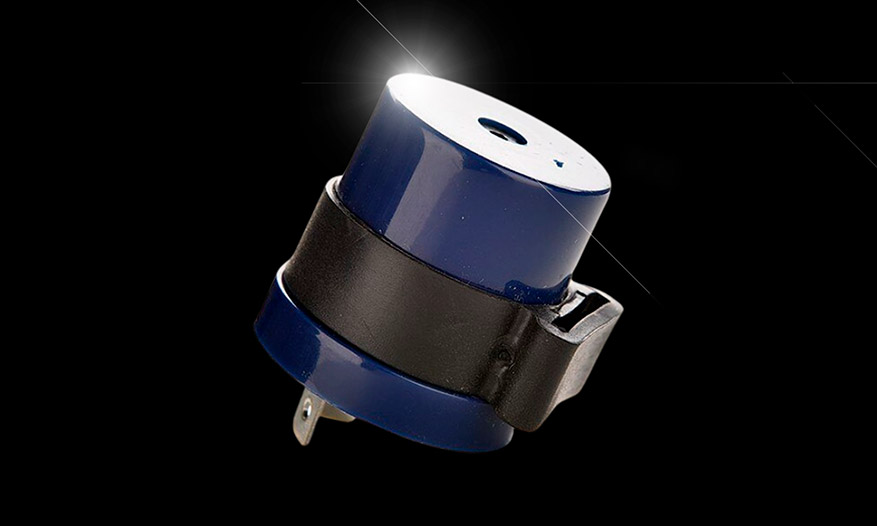 A unique photosensor with a sensitivity angle of 140 degrees is installed in the Alpha headband. This means that the dressing will accurately record even a weak infrared pulse. No dispute over who hit whom. Only the cold-blooded honesty of electronics. 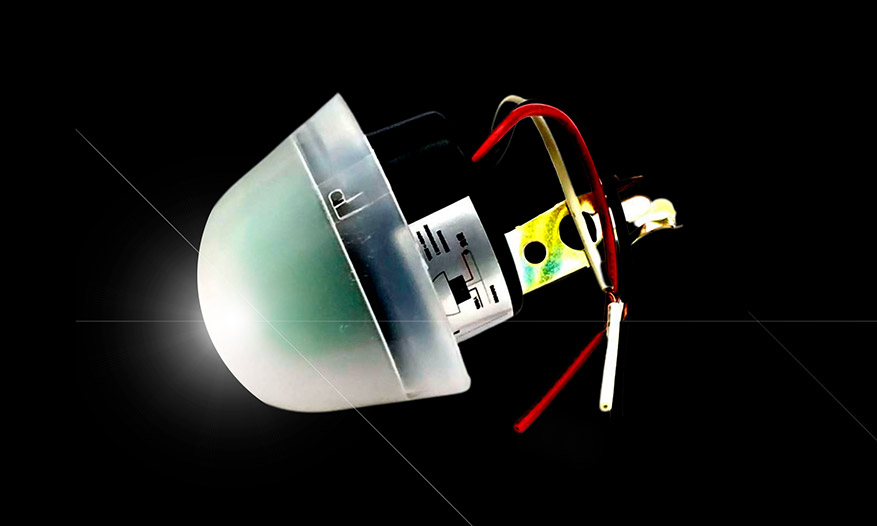 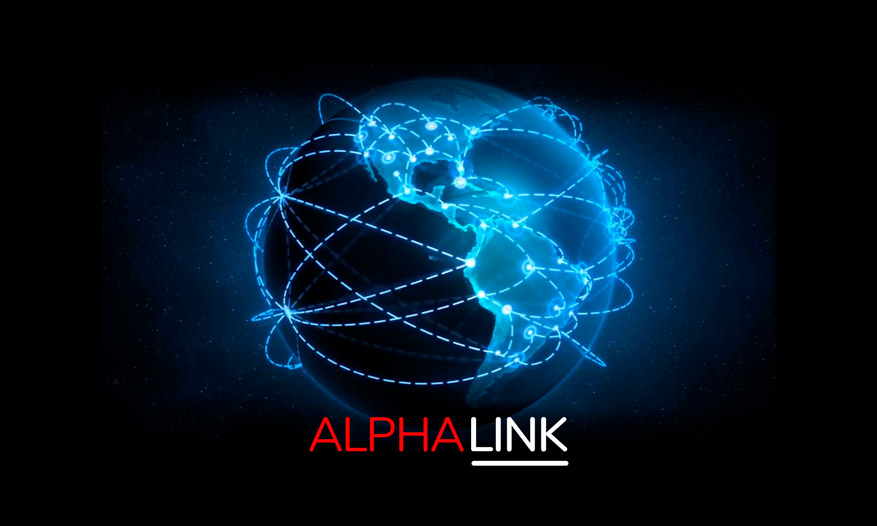 In Alpha tag you can connect your mobile phone to game equipment. In the future, all players will be able to create team chats, send messages and coordinate their actions. And the organisers will be able to set scenario tasks from any distance. 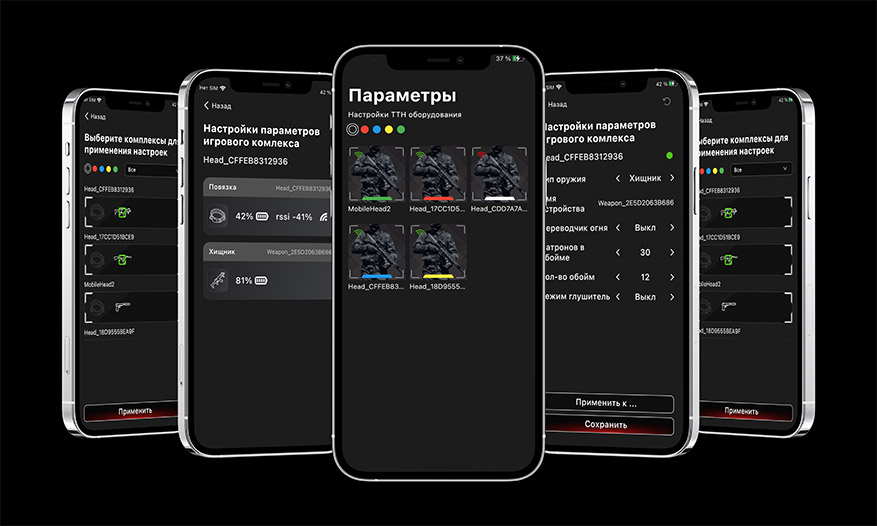 If you go out of the network area during the game, all your statistics will be saved. The smart headband will store all data and transfer it to the global server once you are within coverage area. All work with statistics is through the wi-fi channel. 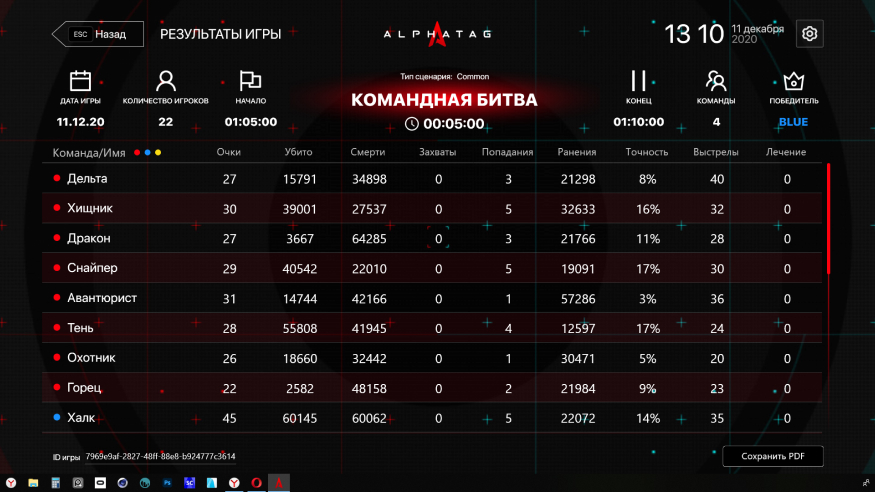 Alpha tag does not have a strict allocation of weapons. Any player with the headband can pick up a lase rtag rifle on the playground, connect it to the headband and continue playing. Hunger Games fans will appreciate the technology of smart headbands. 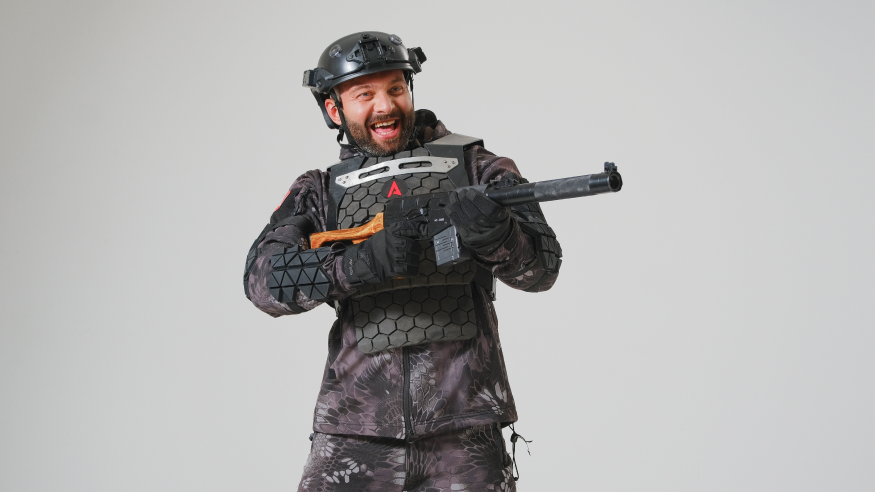 The new headband sensors have special IR emitters that can deal damage. In scenarios “Zombies”, “Vampires”, all game NPCs become real combat units that can influence the development of the scenario. 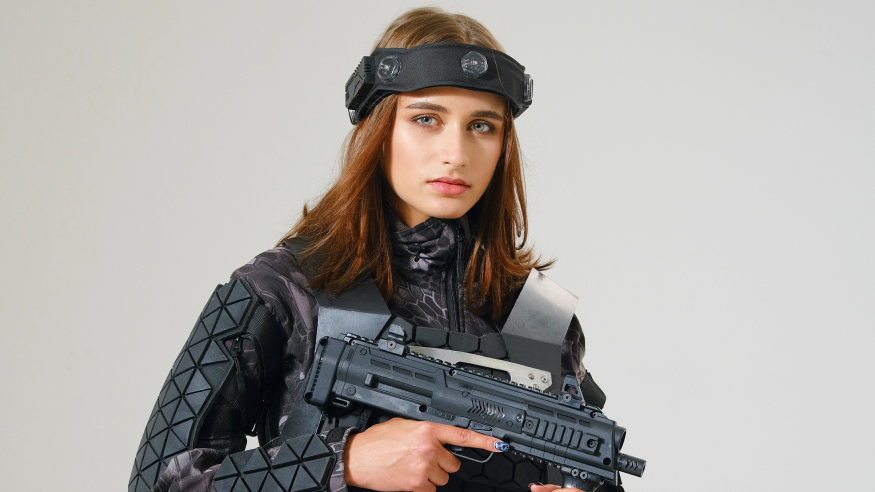